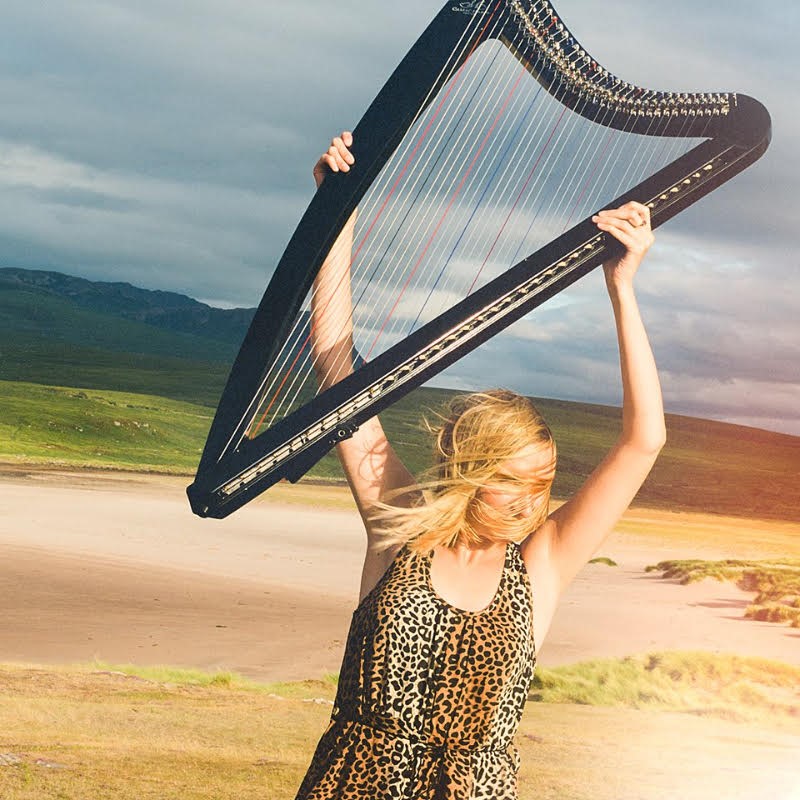 Singer and harpist Rachel Newton specialises in interpreting traditional folk songs in both English and Scottish Gaelic as well as writing and performing her own instrumental pieces. Rachel performs solo, with her trio featuring Lauren MacColl on fiddle and Mattie Foulds on percussion and with a full band when they’re joined by Michael Owers on trombone and Sarah Hayes on keys.

A skilled collaborator, Rachel is a founder member of the successful UK folk bands The Shee and The Furrow Collective. She also plays fiddle and viola and works across a range of performance platforms including theatre and storytelling.

Rachel released her forth solo album ‘West’ on 28th September 2018 which was recorded in her late grandparents’ old croft house in Achnahaird, Wester Ross.

‘Harp and strings blur the border between worlds’ The Financial Times

‘This is the sound of modern Scotland, as surely as draws on folklore and tradition, Newton’s singing and harp at the heart of a singular vision. ‘The Herald