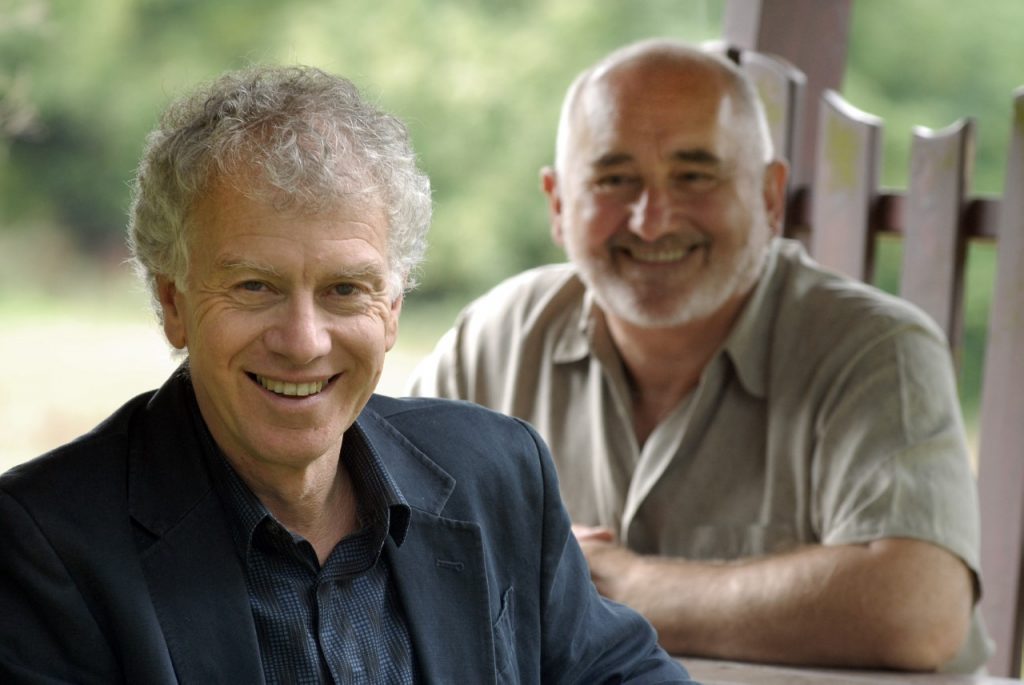 Aside from the classic songs which have won them friends all over the UK and
abroad, their concerts always feature new covers and compositions from both
these fine writers as well as some collaborations – many of which are featured
on their CD Breaking the Silence.

“Two great writers, two superb voices, three co-written new songs: one
huge hit and a sublime Karine Polwart song as well. How many
whammies is that? This is a very special album.” – Ralph McTell.
“An album of soaring harmonies and beautifully crafted songs from
two of this country’s finest singer songwriters.”- Steve Knightley (Show of Hands) .

Johnny and Mike first met in Penzance in the early seventies.
Since then their paths seldom crossed but a chance phone call in
late 2004 generated the idea of them playing music together. The two
voices are a natural mix and the way they share the songs shows this to be
a duo in the truest sense. The combination of Johnny’s piano and
Mike’s guitar gets right to the heart of the listener. This is music from the
soul, delivered with tremendous conviction. The delight they take in
playing the music is plain to see and their live shows encapsulate a blend
of skill and powerful emotion. There is a clear commitment from both
artists to put the songs first, and seeing how hard they work for each
other on stage displays their willingness to share the responsibility
as well as taking joint delight in the applause.

Mike Silver – “Hidden gem. Now the secret is out” – Bob Harris
“I’ve been a big fan of Mike Silver and his songs for years so it’s such
an honour and delight to be touring together” – Johnny Coppin

You haven’t heard a duo until you’ve heard this one!
These guys just keep getting better!