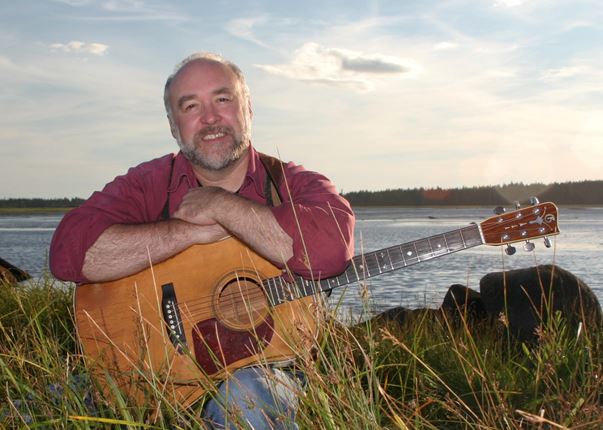 One our favorite folk singer/songwriters by popular demand returns to Chesham Folk Club.

Inspirational and topical songs from the heart.

It was during his first summer break from attending Nova Scotia Teacher’s College, that the seeds of his life-long direction were sown. That summer Dan picked up his sister’s newly bought, seldom played, $100 acoustic guitar. Soon afterwards, upon returning to college Dan began performing in the frequent coffeehouses and occasional assemblies, and to apply much of his time accorded to studies on his newfound passion, the guitar. Yet providence would need one more event to solidify Dan’s direction and path.

While hitching a ride to a folk festival in 1979, Dan was introduced to Stan Rogers’ music. That brief encounter would never leave him. And, although it wasn’t until several years later when in the midst of his history degree that Dan would finally marry his own natural storytelling voice and love of music, it was hearing Stan sing for the first time that remains his largest influence.

“If stories come to you, care for them. And learn to give them away where they are needed. Sometimes a person needs a story more than food to stay alive.”
~ Barry Lopez, in Crow and Weasel