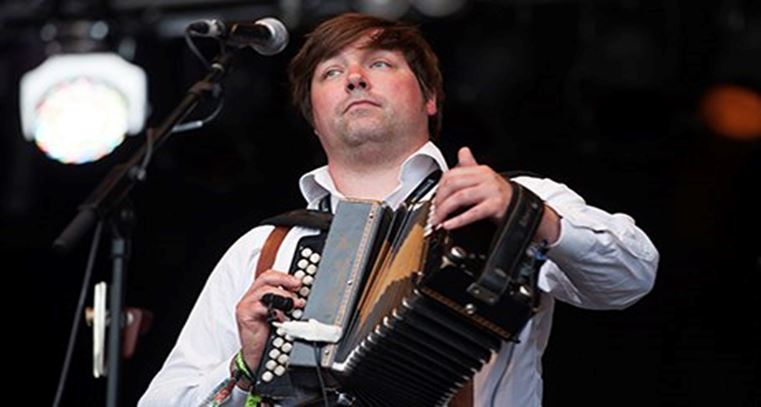 John Spiers, known in folk circles as Squeezy, is one of the leading squeezebox players of his generation.  He is well known for his long-standing partnership with Jon Boden, as Spiers & Boden and his massive contribution to Bellowhead, John has also played with Eliza Carthy’s Ratcatchers and a number of folk-dance bands.

Now that Bellowhead have come to an end, he has found time to work as a composer and arranger of traditional tunes and to develop his material as solo pieces. He is a fantastic ambassador for Folk Music who is always working to bring the living pulse of traditional English music to as wide an audience as possible.