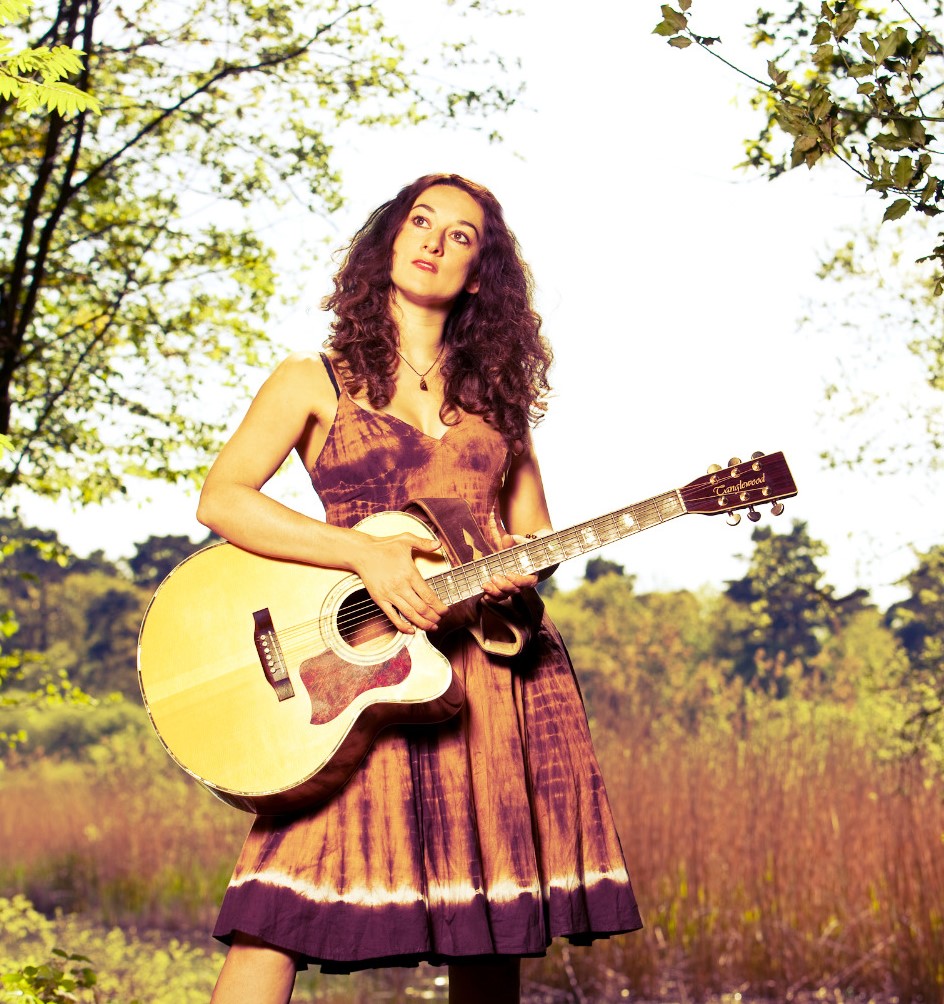 Odette Michell is an English Folk Singer and Songwriter with a dynamic take on the acoustic tradition and a voice capable of demonstrating the finer points of both folk and traditional song with genuine craftsmanship. Her vocal style has been described as “warm, intelligent and sitting comfortably amidst folk guitar in a timeless songwriting style” – and has been compared in similarity to the likes of Sandy Denny, Lucinda Williams and Joni Mitchell.

Things have been moving at a pace for Odette ever since she released her debut EP ‘By Way of Night’ last year. The release garnered positive reviews as well as gaining Odette her first national and international radio plays on both mainstream and folk radio stations. It also showcased her trademark vocal style and heralded a fine contribution to the rich acoustic tradition that the songs themselves emerged from.

A dynamic and energetic live performer, Odette has been fortunate to have shared the bill with musical legends Joan Baez, Eddi Reader and Jools Holland amongst others, and more recently has opened for Phil Beer (Show of Hands) as his special guest, as well as embarking on her own solo tour in support of her first full length album, which is due for release in April 2019.
For more information please visit: www.odettemichell.com