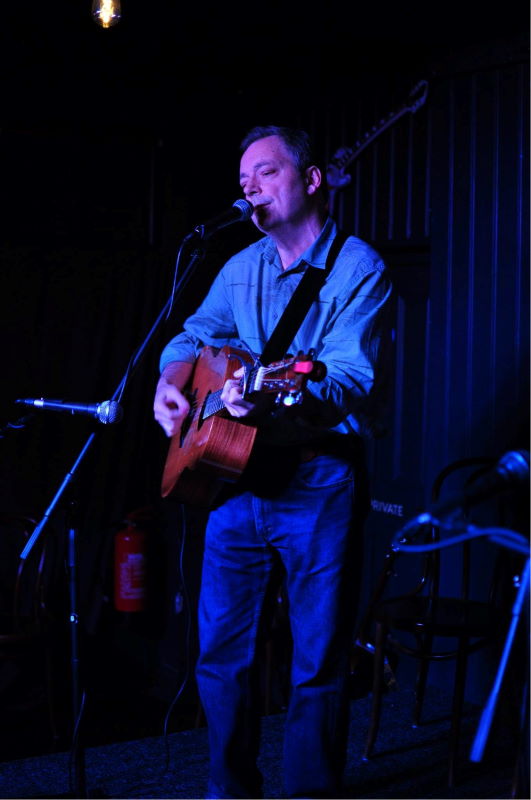 Mike writes and sings contemporary folk songs that describe daily life, struggles, relationships and the human condition. His songs are reminiscent of his major influences; Bob Dylan, Joni Mitchell and a host of 60s musicians. He has built up a set of interesting, original songs that will engage you in the songs’ stories and melodies.

Mike has been playing the guitar since he was 14 and has always been interested in an eclectic mix of music from folk to rock to jazz. After playing for a few years in local and college bands performing dropped off the agenda until about 8 years ago when he started playing at open mics and folk clubs in the West London area. Of late he has been seen at Chesham Folk Club, Twickfolk, Watford Folk Club and a few others with occasional floor spots. Some of his songs can be heard on Sound Cloud (Mike Lawley Folk)