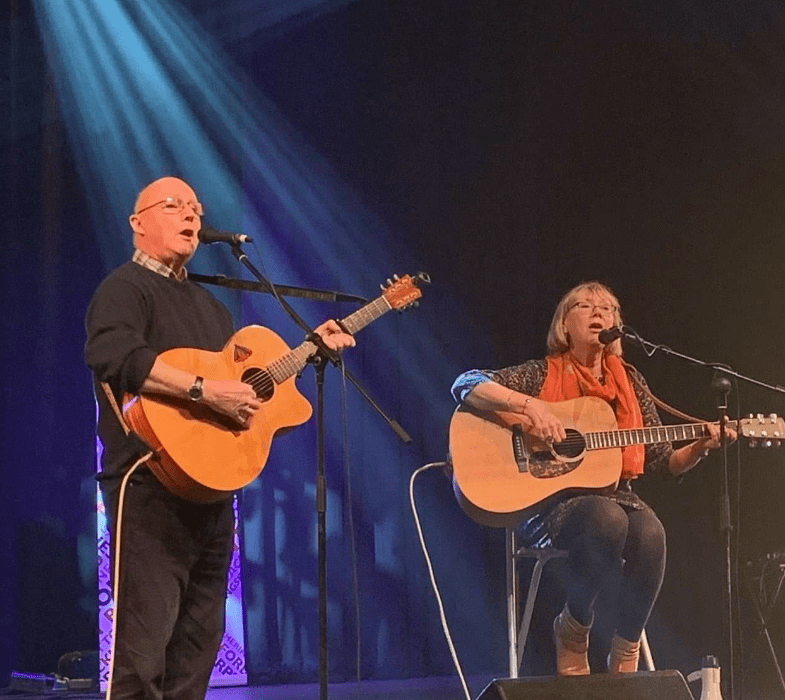 Regulars at our Zoom sessions, Steve and Julie Wigley are a Derby duo, who have been singing together for many years They mainly perform original songs written by Julie, who is a prolific songwriter. Many of the songs reflect stories of their home town and county.

They are regulars at Burton Folk Club and also enjoy travelling to clubs much further afield.

They will be performing at Moira Furnace Festival in August and at Derby Folk Festival in October.

They are delighted that their seventh album ‘At the Passing of the Storm’ features Sue Graves, whose performances they greatly admire, the wonderful double bass of Dave Sutherland (Kim Lowings and the Greenwood) and the fiddle playing of Derbyshire’s own Sarah Matthews. The album is due out late April.

Their 2020 album ‘Only a Wingbeat Away’ has been widely played on Folk radio shows.

They are also members of Stonesthrow, together with Tony Fowkes, performing mainly acapella traditional and contemporary songs.