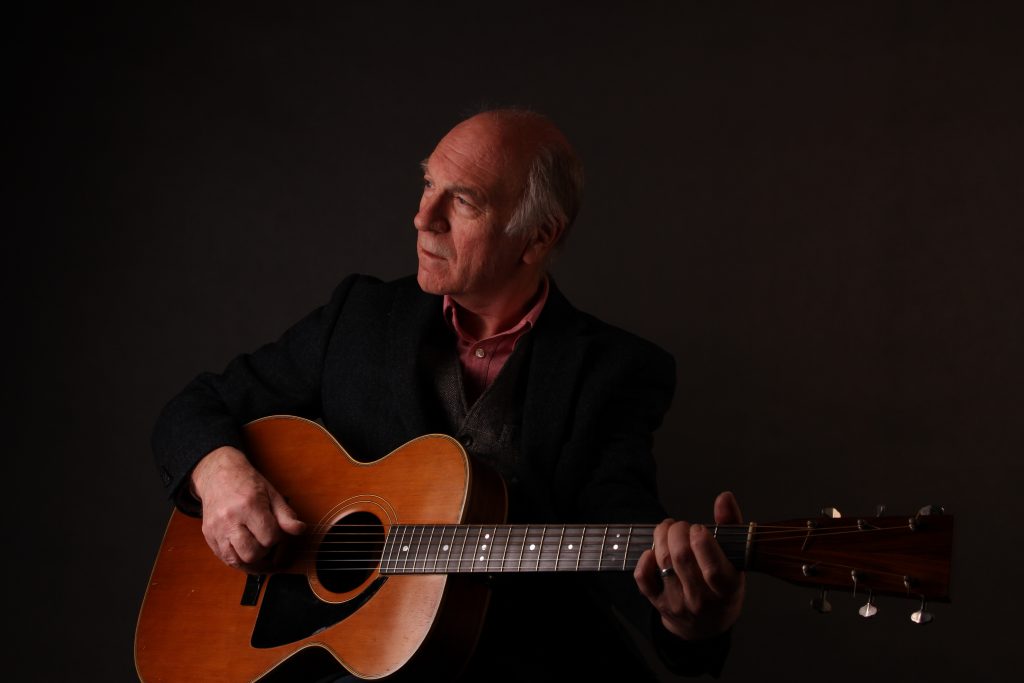 Back in the mists of time, Terry Hiscock performed with the legendary folk/rock band Hunter Muskett playing the circuit alongside Fotheringay, Fairport Convention, Pentangle and Steeleye Span.

Following their 1970 album release, Every Time You Move, recorded with Pentangle’s Danny Thompson, Rog Trevitt joined the band on bass. The four-piece then gigged at home and abroad, releasing a second album, produced by Keith Relf of The Yardbirds, and toured with Ralph McTell.  The original line up of Hunter Muskett still tour every Spring and Autumn and have since released two widely acclaimed albums.

When he’s not touring with the band, Terry performs acoustic songs from the Hunter Muskett repertoire both old and new and is now one of the most sought after musicians on the circuit. Having played up and down the land in countless clubs, concert halls and festivals, he has accumulated a wealth of stories and anecdotes to delight his audiences, but it is the performances of his own songs which stay long in the memory. Often accompanied by Rog Trevitt on guitar and mandolin, these two will evoke both the golden age of folk music in the late ‘60s while performing songs relevant to today.

“Falling More Slowly (solo album) is as good as anything you’ll hear in the acoustic singer songwriter genre this year.” –R & R Magazine

” … an album of gems to be treasured, confirming Terry Hiscock as one of the best singer/songwriters on either side of the Atlantic” -FATEA magazine

Further information can be found at www.terryhiscock.com

To attend, please email cheshamfolk123@gmail.com with Oct 5th as the message title and we’ll send you the access code and password a day or two before the event.

* Or until we run out of performers / pieces / the will to live, whichever is earlier.

Details of what to do and how to do it will come with your access code.