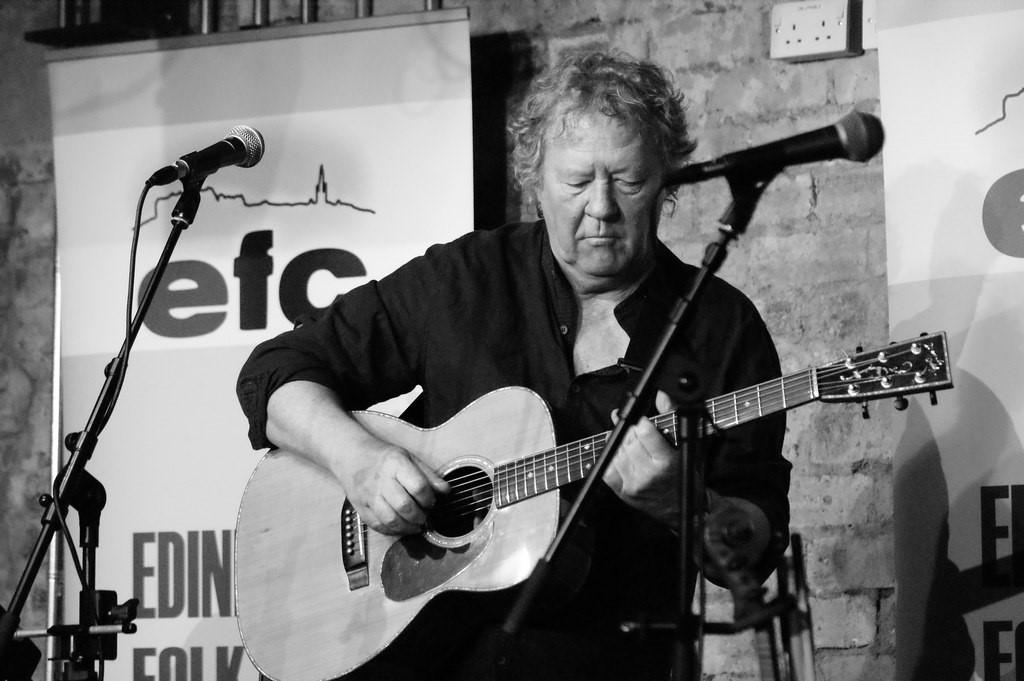 Paul’s sensitive and yet fun approach to his live performances puts him among the most respected artists on the British acoustic music scene today.

He has been introduced (much to his embarrassment) as one of the greatest acoustic guitarists in the world. It is easy to see why when you see the dazzling array of styles he performs with effortless brilliance, but at the same time he considers himself as a singer of songs, rather than a guitar technician.

Paul has a rich musical background that has progressed through working with Phil Beer, The Arizona Smoke Revue, Pete Seeger and, currently, The Joyce Gang.

Eight albums with bands, three highly acclaimed solo albums and over one hundred and fifty session credits have still left time for Paul to tour every concert venue, theatre and festival in Britain, plus many tours in the USA and Europe. Cabaret in the West Indies and newsreading on US radio are but two other strings to his guitar.

“One of the most able and talented, yet underrated singer/guitarists on the folk scene.”
– The Folk Diary

“Always an incisive guitarist and, over time, has developed a smoothness and depth in his singing voice together with estimable songwriting skills.”
– Folk Roots