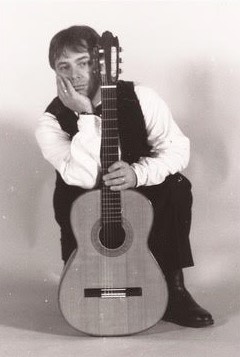 Clive’s been going along and occasionally performing at the what is now Chesham Folk Club over many a long year, stretching back to when it was held at Amersham Football club and then after that at the Crown in Old Amersham when it was known as ‘Tudor Folk’.  Since 1984 he’s been working locally in schools as a guitar teacher and has continued to perform locally, sometimes with his family on the classical guitar and other times reverting back to his roots on the acoustic guitar. Clive learnt the guitar in his formative years from listening to the music of Bert Jansch & John Renbourn but since then his musical interests have widened considerably, composing and arranging music for both the Classical & Acoustic guitar.