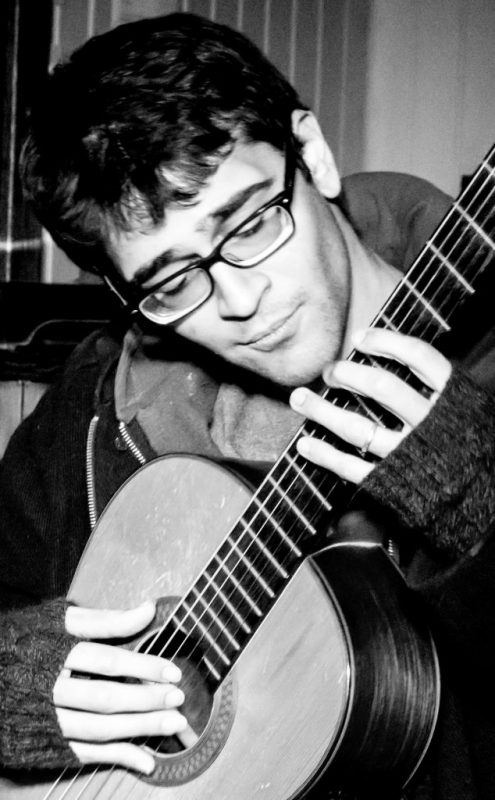 Tonight we are in for a rare treat, Don has tailored his programme tonight to reach across many genres.

Don Adam Perera is a classical guitarist and teacher whose wide repertoire spans many genres, including classical, romantic, tango and Spanish. Don achieved Grade 8 in classical guitar aged 12 and entered the Royal Academy of Music Junior Department aged 14. He has won first place in numerous music festivals (guitar) since the age of nine. After graduating from Trinity College of Music, where he won the Montague Cleeve guitarist award in 2008, he travelled South America to explore both the culture and native Tango music.  Don then   returned to Trinity where he completed his Master of Music degree in guitar performance.