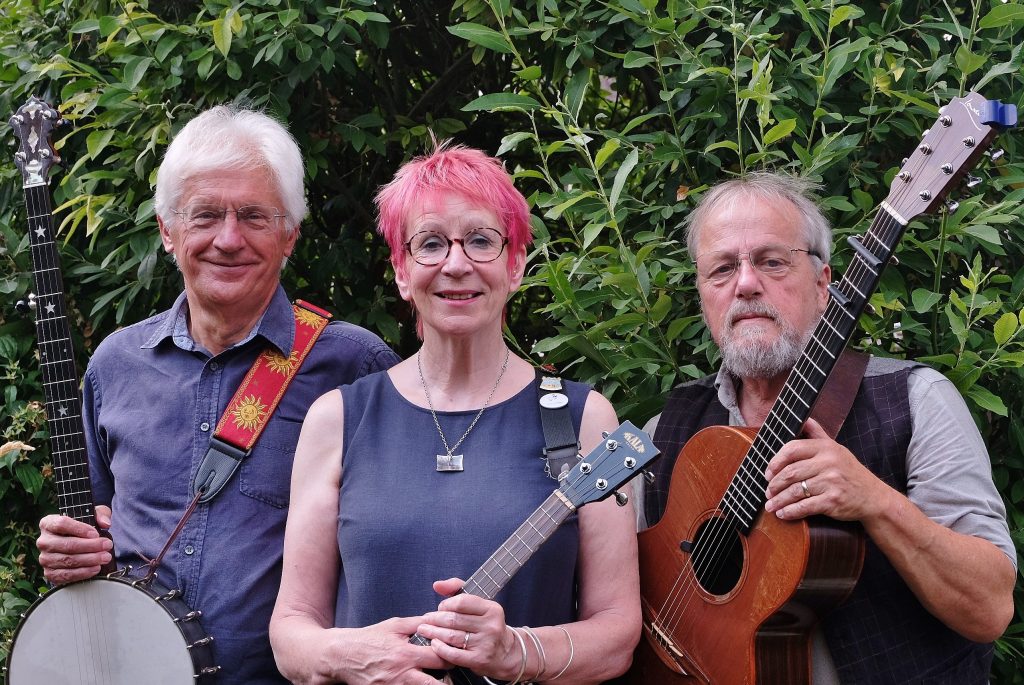 Half Ha’penny is a band formed in 2018 by three friends who, after performing for many years in the local area as members of other groups and as individuals, have joined forces to explore new ways of presenting the music they love.

Sue Farthing has been singing since 1967 as a solo performer but also as a member of The Banshee Band, Windward and, latterly with several local ukulele bands.
Clive ‘Two Capos’ Carey, a regular performer at Chesham Folk club, is an accomplished guitarist and singer well known in the Three Counties, formerly with “The Romany”, and still occasionally performing with “Heartwood”.

Martin Williams from St Albans is a renowned guitarist and lead ukulele player who has succumbed to the charms of the five-string banjo.
Together they hope to bring a fresh look at songs old and new from Europe and America and an evening of light hearted pleasure.