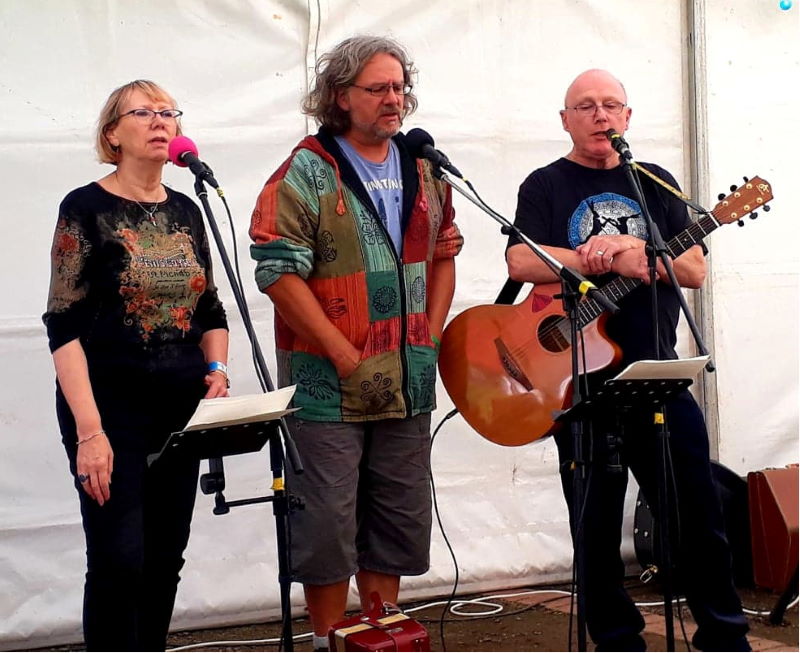 Julie Wigley is a singer/songwriter from Derby. She and husband Steve are regulars at Folk Clubs around the country. Her output of original songs has been phenomenal. Since 2015 they have produced seven albums, a songbook and a poetry/songbook illustrated by Steve. Their eighth album, ‘Time Train’, comprising 17 new songs, is recorded, and will be released in the Spring.

They have featured on folk programmes on Radio Derby, Lincolnshire, Shropshire, Hereford and Worcester, among others and performed last year on the main stage at Moira Furnace Folk festival, Derby Folk festival, and the Yarmouth Sea Songs and Shanties Festival, Isle of Wight. Julie’s songs always have a story to tell and a number of them feature their home county of Derbyshire.

One set from each guest! And some cracking floor singers too. Not to be missed!